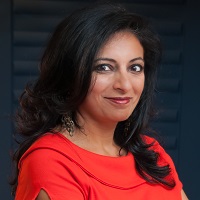 Dr. Sangita Doshi is a Diplomate of the American Board of Pediatric Dentistry, and has been practicing dentistry since 2000. Originally from Maryland, she received both her Bachelors of Science Degree and her Doctor of Dental Surgery Degree from the University of Maryland, where she received a Certificate of Merit from the American Society of Dentistry for Children in 2000.

After dental school, Dr. Doshi moved to Pittsburgh, Pennsylvania and worked as a general dentist for two years. Pursuing her passion to work with children, Dr. Doshi completed her pediatric dental residency at the prestigious Lurie Children’s Hospital of Chicago. There, she was named Chief Pediatric Dental Resident and received a Certificate in Pediatric Dentistry from The Northwestern University Medical School in 2004.

Upon completion of her training in Chicago, Dr. Doshi moved to Charlotte, North Carolina and worked as a pediatric dentist in a practice that treated the underserved community of Gaston County for nearly seven years.

Dr. Doshi believes that being a pediatric dentist requires patience, compassion, and the tenacity for excellence. Therefore, she strives to engage the children, listen to their concerns, and reassure them as needed.

Dr. Doshi and her husband decided to move back to the area with their two boys to be closer to family and to serve the communities in which they grew up. In her spare time, Dr. Doshi enjoys volunteering at the elementary school, cooking healthy food, watching movies, dancing, and spending time with her family and friends.